Leverage your investment in B&K Precision oscilloscopes and AWGs. An engineer armed with a digital storage oscilloscope, AWG, and the WaveXpress® software is capable of tackling demanding real-world signal generation tasks.

With several transformation options, users can easily create complex waveforms. Modify a waveform downloaded from a scope or construct a new waveform using powerful and intuitive editing tools. Quickly download them to your AWG and begin testing your circuits and systems moments later. The WaveXpress® program can also be used for general-purpose waveform editing without requiring any instruments to be connected to the computer.

Windows XP™ or later. Connectivity requirements: RS232, GPIB, or USB, based on instrument(s) in use. 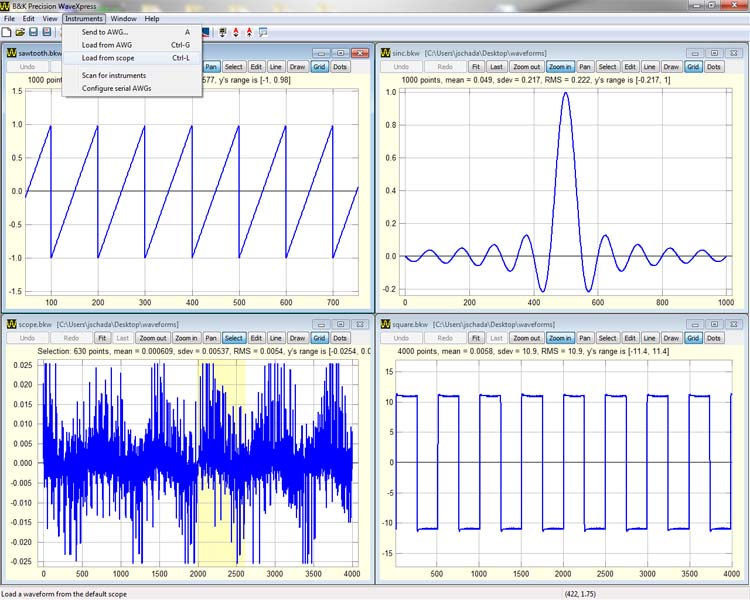